Picture a Japanese house; what do you see? No doubt you have a beautiful picture in your head of a mostly wooden structure, with sliding doors and cherry blossoms in its vicinity. Maybe there are a couple of Japanese sandals (called geta’sa) by the door, too. No doubt, it looks like a warm and proper home.

Whether or not you have seen an actual house in Japan, you can clearly picture something described above. Perhaps you saw a photo in a book, or you are a huge Samurai movie or anime fan; from whatever the source, there is a shared common knowledge of what Japanese houses look like — strong and sturdy, and elegant yet not extravagant.

How the Structure of Japanese Houses came to be

Japanese houses have a rich history. Japan’s earliest years saw the birth of two different types of houses, the first being known as a pit-dwelling house wherein columns were fit into a hole in the ground. Other than it is easy to build, not needing to make use of many materials, it also helped the house adapt to the climate due to its placement in the ground. Moreover, inhabitants were able to stay warm in winter and cool in the summer.

The second type of early Japanese homes had an elevated floor, which came from Southeast Asian influences. The Japanese adopted this type of architecture as they came to find that food was more prone to spoil when exposed to the heat and humidity of the ground. Over the years, as the Japanese solidified their culture, how they built their homes changed accordingly. What remained, though, regardless of the political, social, and religious changes that were happening, was their value for their homes’ form and function.

Japan Homes are Made for All Seasons

There are four distinct seasons in Japan, and the Japanese must build their homes to withstand these. Today’s homes remain to be built with mostly wooden materials, as wood is very resilient. A distinct feature of a Japanese home is its roof. Most are large and ornate and give each house its distinct look. More than aesthetic, however, these roofs are also designed to protect the house from the heat of the sun and the strong downpour of rain. Inside the house, wooden flooring serves the same purpose – to avoid heat and moisture from the ground.

Inside Japanese homes, most common or shared rooms, such as the living or dining room, have tatami mats. The flooring was traditionally made of rice straw. Thus, the Japanese usually don’t need footwear inside their home to have their meals or spend shared time together. Another common feature of Japanese homes is that they have sliding doors. Some would also have dividing screens that can function similarly to sliding doors if they have bigger rooms.

Houses in Japan, much like the country itself, are beautiful and have a gripping history worth telling and knowing.

Complete your Japanese-inspired home with these Japanese home décors. 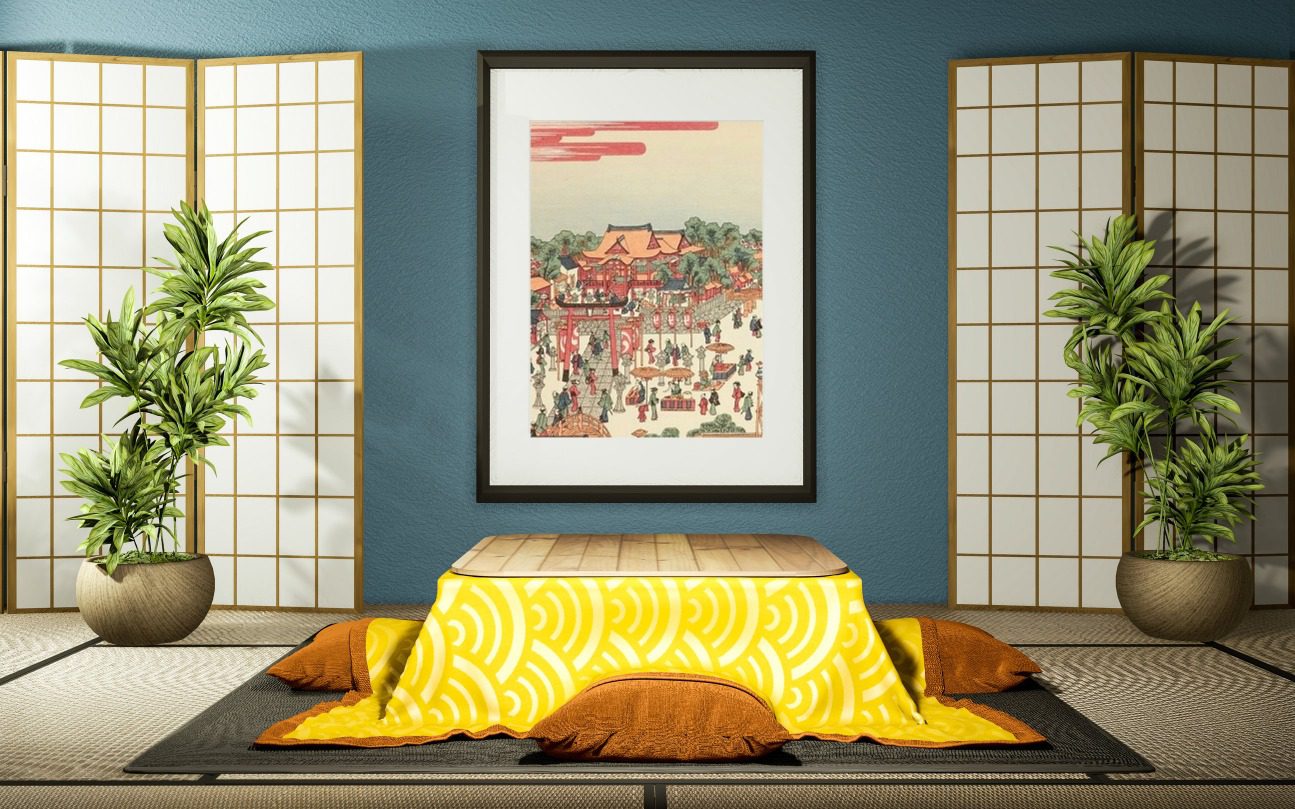